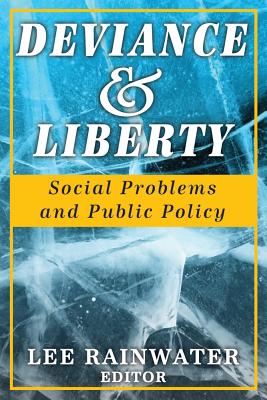 Deviance is by definition a social problem. Since deviant behavior violates the normative expectations of a given group, deviance must be regarded as a problem for that group, since all groups of people want their norms to be enforced. Many modern societies place considerable value on personal liberty, so much so that interference with personal choices to deviate from group norms can be justified only in terms of the potential damage that particular kinds of behavior might do to the legitimate interests of others. Sociological research suggests that the social problem associated with deviance is often the behavior of individuals who violate norms cannot be justified in terms of basic values of liberty, social order, or justice. In other kinds of deviance, though, the social problem is that people or, in a more organized way, social institutions, interfere with individual liberty and self-realization.

Each selection in this volume has been chosen to cover a full range of substantive problematic issues, a range of social science perspectives that can be brought to bear on issues of all kinds, and a range of social science methodologies used in studying modern society. 'Deviance and Liberty' is divided up into thirty-nine contributions and five main parts ranging from "Modern Perspectives on Deviance and Social Problems"; "Deviant Exchanges: Gambling, Drugs, and Sex"; "Deviant Personal Control: Illness, Violence, and Crime; Deviance, Identity, and the Life Cycle"; and "Moral Enterprise and Moral Enforcement." It is a welcome addition to the libraries of those interested in the study of deviance or society as a whole.