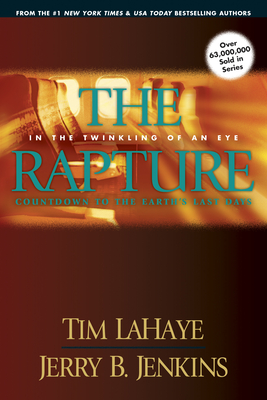 In the Twinkling of an Eye, Countdown to the Earth's Last Days (Left Behind Prequels #3)

"The Left Behind series . . . is among the best-selling fiction books of our times--right up there with Tom Clancy and Stephen King." --Time

Get a glimpse into the lives of your favorite characters before they were left behind.You will find all these answers and more in this exciting series

The Rapture: In the Twinkling of an Eye / Countdown to Earth's Last Days


In this the final prequel to the blockbuster series, the story alternates between events on earth immediately after the Rapture and characters in heaven as they view the chaotic events on earth.