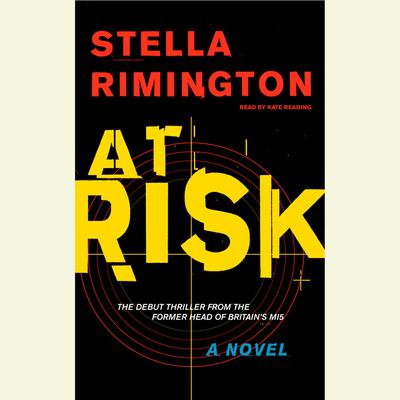 A tense, fast-moving debut thriller from the ex-head of MI5.

“Our concern – and we’ve communicated this over the weekend to all stations, is that the opposition may be about to deploy an invisible.”

An “invisible” is CIA-speak for the ultimate intelligence nightmare: the terrorist who, because he or she is an ethnic native of the target country, can cross its borders unchecked, move around that country unquestioned and infiltrate its institutions with ease. An invisible on mainland Britain was the worst possible news.

For Liz Carlyle, an MI5 Intelligence Officer, this report from MI6 marks the start of an operation that will test her to the limit and put her own life in jeopardy. As she sifts the incoming evidence and gets reports from her agents, she realizes the terrorist threat is imminent. But who or what is the target? And who or where is the invisible? Time is of the essence in this desperate search and it becomes clear that it is Liz’s intuitive skills – her ability to get inside her enemy’s head – that offer the only hope of averting disaster.

In this terrifying and tautly drawn debut thriller, Stella Rimington takes us to the heart of the intelligence world. It is a place she is uniquely qualified to describe.
Loading...