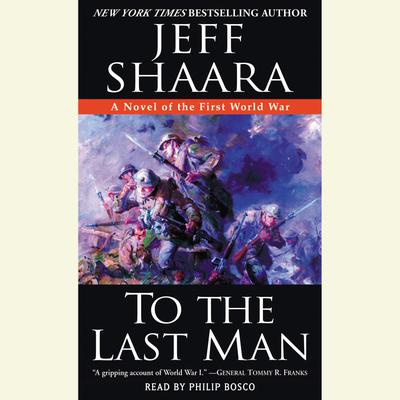 To the Last Man (Digital Audiobook)

Jeff Shaara is the New York Times bestselling author of A Chain of Thunder, A Blaze of Glory, The Final Storm, No Less Than Victory, The Steel Wave, The Rising Tide, To the Last Man, The Glorious Cause, Rise to Rebellion, and Gone for Soldiers, as well as Gods and Generals and The Last Full Measure—two novels that complete the Civil War trilogy that began with his father’s Pulitzer Prize–winning classic, The Killer Angels. Shaara was born into a family of Italian immigrants in New Brunswick, New Jersey. He grew up in Tallahassee, Florida, and graduated from Florida State University. He lives again in Tallahassee.