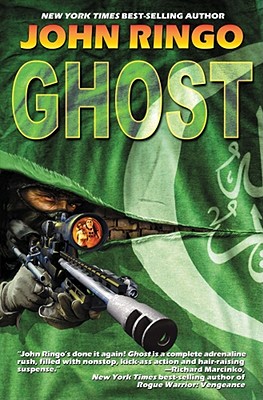 This "Ghost" may not walk through walls, but walls had better not get in his way! A new techno-thriller adventure series by a New York Times best-selling author. This is a breakout title with strong cross-category appeal.

Former SEAL Michael Harmon, Team Name "Ghost", retired for service injuries, is not enjoying college life. But things are about to change, if not for the better. When he sees a kidnapping a series of, at the time logical, decisions leave him shot to ribbons and battling a battalion of Syrian commandos with only the help of three naked co-eds who answer to the names "Bambi," "Thumper" and "Cotton Tail." A fast-paced, highly-sexual, military-action thriller that ranges from a poison facory in the Mideast to the Florida Keys to Siberia, the novel will keep you guessing what twisted fate will bring next for the man once known as . . . Ghost. Keep an eye on him or . . . poof, he'll be gone.