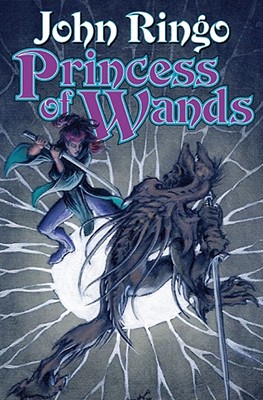 Special: distinguished by some unusual quality . . .
Circumstances: a piece of evidence that indicates the probability or improbability of an event . . .
Barbara Everette, homemaker living in a small town in Mississippi, had the perfect life. Perfect husband, perfect children, perfect house, perfect Christian Faith. She cooked and cleaned perfectly and managed all of the chores of the modern suburbanite, toting the kids, running the PTA, teaching kung-fu in the local dojo . . . Perfectly. But perfection has a price and the day came when Barbara snapped. She simply had to have "one weekend off." God had to grant her that much. It said no where that she was a slave. Waving goodbye to her hapless, entirely undomestic husband, she set out on the quest for a weekend of peace and maybe some authentic Cajun food.
Detective Sergeant Kelly Lockhart, New Orleans Homicide, had a perfect record on his latest case: not a single suspect. And there should be at least five or six, given the DNA traces on the many bodies. Furthermore, his sole really outstanding clue, a mysterious fish scale, had disappeared into the recesses of the FBI Crime Lab. But the old fortune-teller was sending him into the bayou, down in the land of authentic Cajun food, on the track of a mysterious pimp with the admonition to "watch for the Princess." Or die. Barbara and Kelly were heading to a rendezvous that might be fate and might reveal the hand of God. There was more cooking in the swamps than jambalaya. Unknown to either, the mystery of the Bayou Ripper had Special Circumstances.