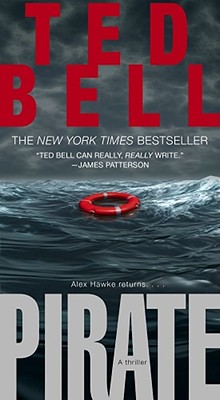 Aboard a ship in the south of France, an American spy faces certain torture and death for the vital, explosive intelligence he possesses. In Paris, a ruthless and powerful descendant of Napoleon has forged an unholy alliance with China for its growing nuclear arsenal, poised to send America and the world to the brink of a gut-wrenching showdown. Now, in a maelstrom of razor's-edge danger, Alex Hawke must enter the nightmare visions of madmen to defuse an axis of evil no historian could have predicted -- and no living soul would survive.

Praise For Pirate: A Thriller…

Ted Bell is the former Vice-Chairman of the board and World-Wide Creative Director of Young & Rubicam, one of the world's largest advertising agencies. He is the New York Times bestselling author of Hawke, Assassin, and Pirate.
Loading...
or support indie stores by buying on