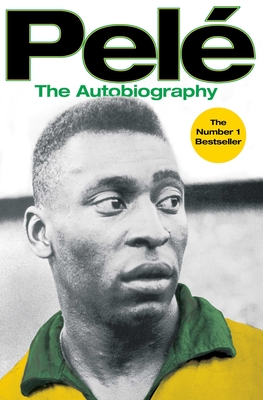 The legend. In his own words.

From the poverty-stricken streets of Sao Paulo to an international icon and one of the most celebrated footballers of all time, Pele's life story is as extraordinary as it is enrapturing. With his trademark wit and deference, the legend draws us into a wonderful story lit by insight and humour and encompassing everything you ever wanted to know about the great man himself.

From shining shoes for extra pennies at the Baru Athletic Club to triumph in several World Cups, the glory of being on top of the world -- and staying there -- is shared in what is undoubtedly one of the must-read autobiographies of the year. On top of his athletic achievements, Pele has also been a staunch campaigner for human rights and in particular the plight of street children in his home country, leading to an appointment as a UN Ambassador and an honorary knighthood from the British monarchy.

By turns addictive, moving and enlightening, this is the ultimate story of the rise of a star and an amazing testimony to how even the lowliest of society's people can reach the dizzying heights of worldwide adoration and success.

Edson Arantes do Nascimento, known to the world as Pele, won the World Cup with Brazil in 1958, 1962 and 1970. He scored nearly 1,300 goals in his professional career and is Brazil's record goalscorer with 97 goals. He lives in Brazil and the United States.
or support indie stores by buying on
(This book is on backorder)
Copyright © 2020 American Booksellers Association