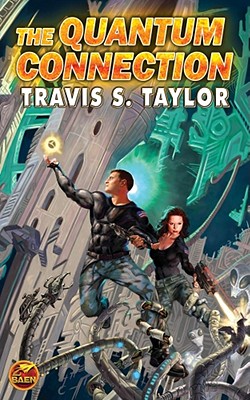 Steven Montana, computer whiz and hacker extraordinaire, was attending college in Ohio when his world fell apart. A swarm of huge meteors fell all over the world, on Europe, on the United States, and in particular on Steven¿s home town in California. In an instant, his family and all his friends were gone. Eventually, he learned that the ¿meteor¿ onslaught that had orphaned him had actually been a brief and still secret war between the U.S and its enemies (as told in Warp Speed) using a new warp drive technology that was more secret than top secret. Another secret was that U.S. had been sending faster-than-light ships to other star systems. Most secret of all was that unfriendly aliens were observing the Earth, and while U.S. spaceships were not quite in a war with the unknown aliens, they were shooting at the intruders. Whether any of these answers would do Steven any good was an open question because he learned them only after his was abducted by those very same aliens and was held prisoner on one of their ships orbiting Saturn. At first, he was one of three human prisoners, but he had just seen the aliens completely dissect one of the three, and it looked like either Steven, or the Russian girl who was his fellow prisoner, were scheduled to be the next alien lab experiment. . . .

Travis S. Taylor¿¿Doc¿ Taylor to his friends¿has earned his soubriquet the hard way: He has a Doctorate in Optical Science and Engineering, a Master's degree in Physics, a Master's degree in Aerospace Engineering, all from the University of Alabama in Huntsville; a Master's degree in Astronomy, and a Bachelor's degree in Electrical Engineering from Auburn University. Dr. Taylor has worked on various programs for the Department of Defense and NASA for the past sixteen years. He's currently working on several advanced propulsion concepts, very large space telescopes, space-based beamed energy systems, and next generation space launch concepts. In his copious spare time, Doc Travis is also a black belt martial artist, a private pilot, a SCUBA diver, has raced mountain bikes, competed in triathlons, and has been the lead singer and rhythm guitarist of several hard rock bands. He currently lives with his wife Karen, and their daughter.
Loading...
or
Not Currently Available for Direct Purchase