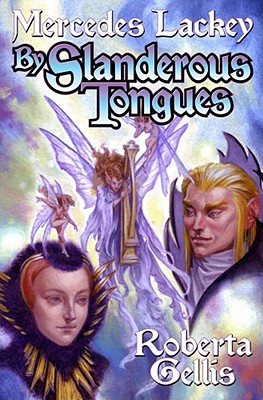 Great Harry is dead, and England is ruled by a dour Protector for 10-year-old Edward VI¿-a Protector intent on keeping total control over the young king and no friend to Lady Elizabeth because of her brother¿s fondness for her. In the great lens and the dark pool that hold Visions for the FarSeers of the Bright Court and the Dark, the images change and waver. A pale, thin girl sometimes wears a crown and sometimes has no head; King Edward and his Court grow misty as he changes from boy to stripling. But the fires of Mary¿s reign still burn bright as they swallow writhing men, women, and children, and if she ever reigns the red-haired queen brings a burgeoning of art and joy. Elimination of that last possibility for England is Vidal Dhu¿s prime purpose, but he has been forbidden by King Oberon to attack Elizabeth. Though he may not attack her directly, still he hatches schemes within schemes. And if his plan to involve the young princess in a scandal that would render her unfit to rule in the opinion of the Proctor and his Council, he has more twisted plans to eliminate Elizabeth once and for all.

Mercedes Lackey is the author of the Bardic Voices series and the SERRAted Edge series (both Baen), the Heralds of Valdemar series (DAW), and many more. Of her writing, Stephen King has stated, ¿She¿ll keep you up long past your bedtime,¿ and Locus raved, ¿Lackey is one of the best storytellers in the field.¿ Among her popular Baen titles are The Fire Rose, The Lark and the Wren, The Shadow of the Lion (with Eric Flint and Dave Freer) and This Scepter¿d Isle, the prequel to Ill Met by Moonlight, written in collaboration with Roberta Gellis. She lives in Oklahoma.
Roberta Gellis is author of over 25 novels in different fields. New York Times best-selling author John Jakes has called her ¿a superb storyteller of extraordinary talent,¿ Publishers Weekly has termed her ¿a master of the medieval historical,¿ and Romantic Times has praised her as ¿a master spinner of tales.¿ Her many awards include: The Silver and Gold Medal Porgy for historical novels from West Coast Review of Books and the Golden Certificate and Golden Pen from Affaire de Coeur. From Romantic Times she has received both the Award for Best Novel in the Medieval Period and also the Lifetime Achievement Award for Historical Fantasy. And the Romance Writers of America have presented her with their Lifetime Achievement Award..
Loading...
or
Not Currently Available for Direct Purchase