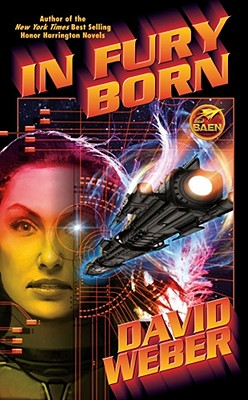 Imperial Intelligence couldn’t find them, the Imperial Fleet couldn’t catch them, and local defenses couldn’t stop them. It seemed the planet-wrecking pirates were invincible. But they made a big mistake when they raided ex-commando leader Alicia DeVries’ quiet home work, tortured and murdered her family, and then left her for dead. Alicia decided to turn “pirate” herself, and stole a cutting-edge AI ship from the Empire to start her vendetta. Her fellow veterans think she’s gone crazy, the Imperial Fleet has shoot-on-sight orders. And of course the pirates want her dead, too. But Alicia DeVries has two allies nobody knows about, allies as implacable as she is: a self-aware computer, and a creature from the mists of Old Earth’s most ancient legends. And this trio of furies won’t rest until vengeance is served.