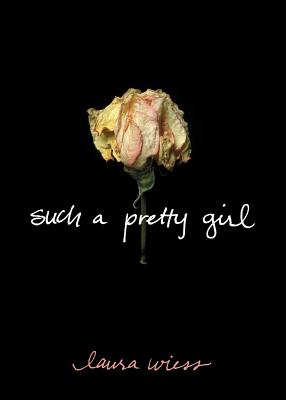 Such a Pretty Girl

A darkly compelling novel about a young woman who must defend herself against her abusive father. “In the character of Meredith, Laura Wiess has created a girl to walk alongside Harper Lee’s Scout and J.D. Salinger’s Phoebe. Read this novel, and you will be changed forever” (New York Times bestselling author Luanne Rice).

They promised Meredith nine years of safety, but only gave her three.

Her father was supposed to be locked up until Meredith turned eighteen. She thought she had time to grow up, get out, and start a new life. But Meredith is only fifteen, and today her father is coming home from prison.

Today her time has run out.

Praise For Such a Pretty Girl…

"Such a Pretty Girl is deep and ravishing, dark and true. In the character of Meredith, Laura Wiess has created a girl to walk alongside Harper Lee's Scout and J. D. Salinger's Phoebe. Read this novel, and you will be changed forever."
-- Luanne Rice, New York Times bestselling author

"Such a Pretty Girl hooked me on page one and Laura Wiess's masterful prose kept me turning the pages. This is the first book in a very long time that made me say, 'Wish I'd written this.'"
-- Ellen Hopkins, bestselling author of Crank

"Beautifully written and painfully real. Laura Wiess has crafted a gripping story that is heart-rending -- and important, with a capital 'I'."
-- Barbara Delinsky, New York Times bestselling author of Flirting with Pete

Laura Wiess is the author of the critically acclaimed novels Such a Pretty Girl, chosen as one of the ALA’s 2008 Best Books for Young Adults and 2008 YALSA Quick Picks for Reluctant Readers, and Leftovers. Originally from Milltown, New Jersey, she traded bumper-to-bumper traffic, excellent pizza, and summer days down the shore for scenic roads, bears, no pizza delivery, and the irresistible allure of an old stone house surrounded by forests in Pennsylvania’s Endless Mountains Region. Email Laura Wiess at laura@laurawiess.com or visit http://www.laurawiess.com for more information.
Loading...
or support indie stores by buying on