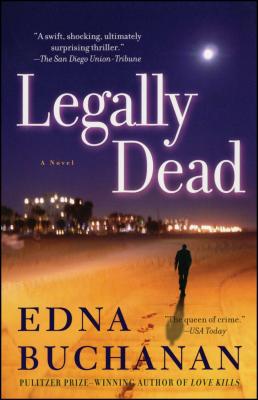 Michael Venuri is a former U.S. Marshal and special operative in the Marines whose wife and unborn child die in a fluke accident on the Staten Island Ferry. After learning of two missing children in rural Vermont, the same town where he previously relocated a protected hit man with perverse tendencies and a fondness for little girls, he escapes his guilt by fleeing to Miami. When he meets a NASA employee with a reputation tainted from being blamed for the death of two fellow astronauts, Venturi helps the man fake his death in order to give him a new life with a new identity. Pleased with the idea of using his Witness Protection Program skills to help someone get a fresh start, Venturi becomes a freelance identity-change expert, helping deserving individuals fake their deaths in order to start over. Each death is faked in a different unique, ingenious, and often spectacular manner. Venturi only requires that his clients not contact anyone from their previous life, including him...but soon something evil begins to stalk his clients.

Edna Buchanan worked The Miami Herald police beat for eighteen years, during which she won scores of awards, including the Pulitzer Prize and the George Polk Award for Career Achievement in Journalism. Edna attracted international acclaim for her classic true-crime memoirs, The Corpse Has a Familiar Face and Never Let Them See You Cry. Her first novel of suspense, Nobody Lives Forever, was nominated for an Edgar Award.
Loading...
or support indie stores by buying on