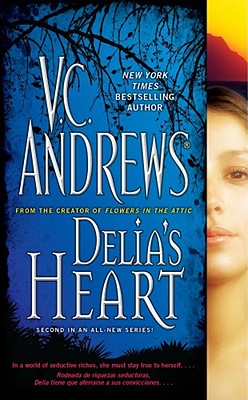 Delia Yebarra survived a treacherous desert crossing to protect her friend Ignacio from murder charges. Now, the time has come once again to leave her tiny Mexican hometown: Delia's cousin Edward convinces her to return to his world of wealth and privilege in Palm Springs, and soon Delia, a beautiful and popular senior at an exclusive private school, is living the American dream. But Delia will quickly discover that high society has a very dark underside.

A STRANGER IN BOTH OF THEM...

Delia's malicious cousin Sophia is sparking horrific rumors with Delia at their center. Racing to do damage control, Delia's mortified aunt Isabela introduces her troublesome niece to the handsome son of a wealthy Mexican American politician. An attraction sparks and a whirlwind romance begins...but Delia's heart won't let her forget her humble roots -- or Ignacio. And when tragedy tears her world apart, will it be too late to save the one she cares about the most?