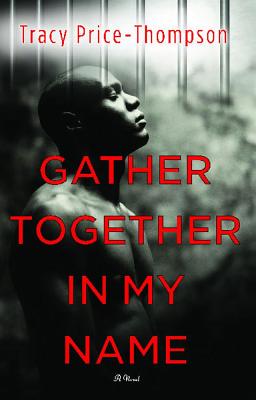 Gather Together in My Name (Paperback)

From the nationally bestselling and Hurston/Wright award-winning author Tracy Price-Thompson comes a heartbreaking story of loyalty and love that goes beyond the ultimate sacrifice.

Coming of age in the heart of crime-ridden Brooklyn, Shyne Blackwood is one in a set of triplets born into poverty and great tragedy. While his brothers are raised to seek a life of promise, Shyne's path veers early on. A street-seasoned hustler, he becomes known as a liar, a thief, and ultimately, a killer.

Personifying many of the negative stereotypes attributed to black men, Shyne is accused and convicted of the brutal murder of a child, and an entire city demands vengeance as he's sent to death row in a cold New York state prison.

On the eve of Shyne's execution, five people travel to Quincy Correctional Facility to witness the event. As the clock counts down to midnight, and while everyone has long since abandoned Shyne to his fate, a secret at the heart of this unthinkable crime remains to be discovered. It is a secret that will test the bonds of family, the strength of one man's character, and the redemptive power of a love worth dying for.

Tracy Price-Thompson is the national bestselling author of the novels, Black Coffee, Chocolate Sangria, A Woman's Worth, Knockin' Boots, Gather Together in My Name, and 1-900-A-N-Y-T-I-M-E. Tracy is a highly decorated Desert Storm veteran who graduated from the Army's Infantry Officer Candidate School after more than ten years as an enlisted soldier. A Brooklyn, New York, native who has traveled extensively and lived in amazing places around the world, Tracy is a retired Army Engineer officer and Ralph Bunche graduate Fellow who holds a bachelor's degree in Business Administration and a master's degree in Social Work. Tracy lives in Hawaii with her wonderfully supportive husband and several of their six bright, beautiful, incredible children.
or
Not Currently Available for Direct Purchase
Copyright © 2020 American Booksellers Association