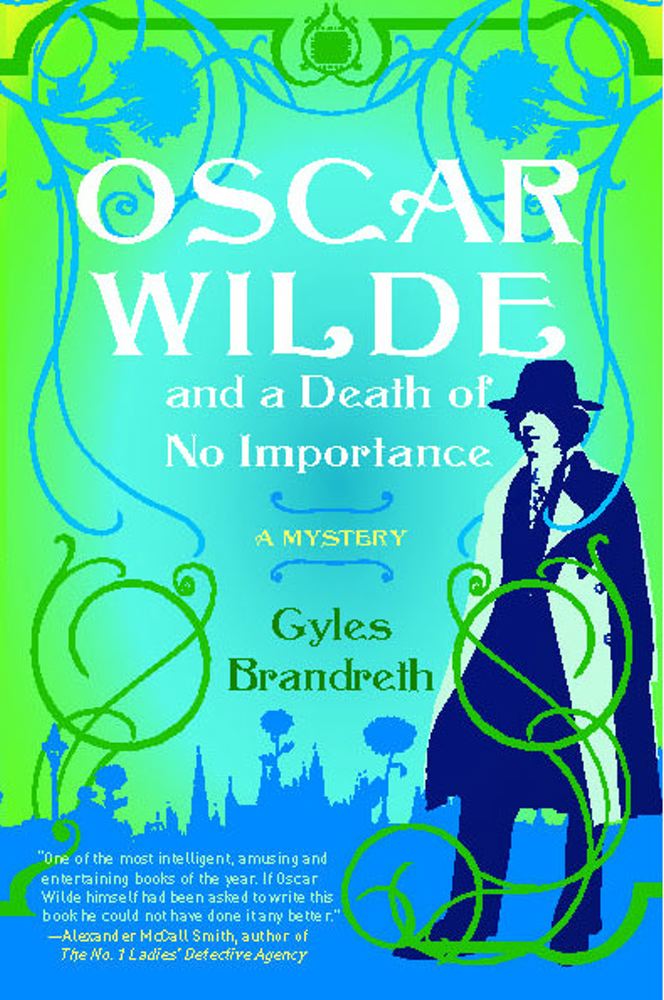 Oscar Wilde and a Death of No Importance

Lovers of historical mysteries will relish this chilling Victorian tale based on real events and cloaked in authenticity. The first in a series of fiendishly clever historical murder mysteries, it casts British literature’s most fascinating and controversial figure as the lead sleuth.

A young artist’s model has been murdered, and legendary wit Oscar Wilde enlists his friends Arthur Conan Doyle and Robert Sherard to help him investigate. But when they arrive at the scene of the crime they find no sign of the gruesome killing—save one small spatter of blood, high on the wall. Set in London, Paris, Oxford, and Edinburgh at the height of Queen Victoria’s reign, here is a gripping eyewitness account of Wilde’s secret involvement in the curious case of Billy Wood, a young man whose brutal murder served as the inspiration for The Picture of Dorian Gray. Told by Wilde’s contemporary—poet Robert Sherard—this novel provides a fascinating and evocative portrait of the great playwright and his own “consulting detective,” Sherlock Holmes creator, Arthur Conan Doyle.

Praise For Oscar Wilde and a Death of No Importance: A Mystery (Oscar Wilde Murder Mystery Series #1)…

"I always wanted to meet Oscar Wilde and now I feel that I have done, and shared a terrific, bizarre and frightening adventure with him. I recommend the experience." -- Anne Perry

"Brandreth's accomplishment is evident in the force of Wilde's personality, which fairly leaps off the page...readers will delight in the effortless characterization and deft portrait of late-Victorian England." -- Stephanie Barron, author of Jane and the Barque of Frailty

"A witty fin de siècle entertainment, and the rattlingly elegant dialogue is peppered with witticisms uttered by Wilde well before he ever thought of putting them into his plays." -- Sunday Times (London)

"Genius...Wilde has sprung back to life in this thrilling and richly atmospheric new novel.... Magnificent...an unforgettable shocker about sex and vice, love and death." -- Sunday Express

"This excellent novel...I'd be staggered if, by the end of 2007, you'd read many better whodunnits. Brandreth demonstrates supremely measured skill as a storyteller." -- Nottingham Evening Post

"Wilde as detective is thoroughly convincing.... The period, and the two or three worlds in which Wilde himself moved, are richly evoked...an excellent detective story. I'm keenly looking forward to the rest of the series." -- The District Messenger, journal of the Sherlock Holmes Society of London

"A first-class stunner...[A] wow of a history-mystery...fascinating..." -- Booklist (Starred review)

Gyles Brandreth is a prominent BBC broadcaster, novelist, biographer, and a former Member of Parliament. He is also the author of the Oscar Wilde Mystery series. Find out more at GylesBrandreth.net.
Loading...
or support indie stores by buying on