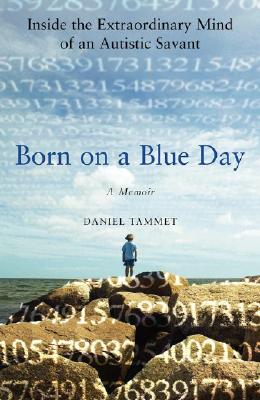 Born on a Blue Day

"Born on a Blue Day" is a journey into one of the most fascinating minds alive today -- guided by its owner himself. Daniel Tammet sees numbers as shapes, colors, and textures, and he can perform extraordinary calculations in his head. He can learn to speak new languages fluently, from scratch, in a week. In 2004, he memorized and recited more than 22,000 digits of pi, setting a record. He has savant syndrome, an extremely rare condition that gives him almost unimaginable mental powers, much like those portrayed by Dustin Hoffman in the film "Rain Man."

Daniel has a compulsive need for order and routine -- he eats the same precise amount of cereal for breakfast every morning and cannot leave the house without counting the number of items of clothing he's wearing. When he gets stressed or is unhappy, he closes his eyes and counts. But in one crucial way Daniel is not at all like the Rain Man: he is virtually unique among people who have sev- ere autistic disorders in that he is capable of living a fully independent life. He has emerged from the "other side" of autism with the ability to function successfully -- he is even able to explain what is happening inside his head.

"Born on a Blue Day" is a triumphant and uplifting story, starting from early childhood, when Daniel was incapable of making friends and prone to tantrums, to young adulthood, when he learned how to control himself and to live independently, fell in love, experienced a religious conversion to Christianity, and most recently, emerged as a celebrity. The world's leading neuroscientists have been studying Daniel's ability to solve complicated math problems in one fell swoop by seeing shapes rather than making step-by-step calculations. Here he explains how he does it, and how he is able to learn new languages so quickly, simply by absorbing their patterns. Fascinating and inspiring, "Born on a Blue Day" explores what it's like to be special and gives us an insight into what makes us all human -- our minds.