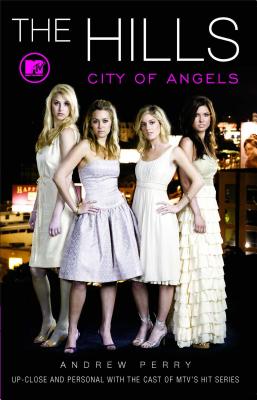 Lauren Conrad -- known as "LC" on the hit MTV series Laguna Beach -- is all grown up. She's left behind her family, friends, and the sheltered life of Laguna to pursue her dreams of conquering the fashion world and making it on her own in the high-pressure, beauty-obsessed land of the rich and famous -- Los Angeles.

But Lauren finds herself torn in different directions as she starts this new chapter in her life. She has to juggle a dream internship at Teen Vogue, a full course load at a brand-new college, and a whirlwind social life with her three closest friends: Heidi, her party girl roommate who does PR for L.A.'s nightlife scene; Audrina, an aspiring model and actress; and Whitney, a fellow Teen Vogue fashionista. Lauren is determined to have it all as she runs with the young and fabulous in Hollywood's "it" crowd.

The Hills: City of Angels gives you an all-access pass to what you didn't see on TV. Take a closer look at Lauren, Heidi, Audrina, and Whitney: the tight friendships they've formed, the laugh-out-loud moments that didn't make it on the show, and their ups and downs with the boys in their lives -- including Jason, Jordan, and Brian. Packed with exclusive photos and revealing stories, here is the ultimate insider look at what it's really like to be a girl from The Hills.

Andrew Perry studied film and literature at Antioch College. While still in college, Andrew began working at Marvel Comics and upon graduation became an assistant editor there. Besides writing stories for Marvel and Archie Comics, his work has also appeared in Dirt, The Los Angeles Reader, and Greed. Andrew is a director and producer of television series, most recently for MTV, FOX, and PBS. He is currently a producer for The Hills. He lives in Los Angeles with his wife and daughter.
Loading...
or support indie stores by buying on