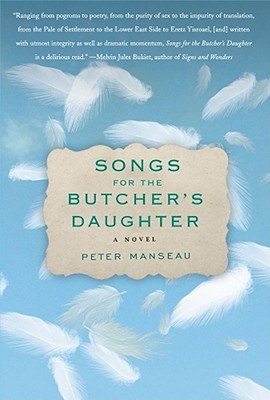 Summer, sweltering, 1996. A book warehouse in western Massachusetts. A man at the beginning of his adult life -- and the end of his career rope -- becomes involved with a woman, a language, and a great lie that will define his future. Most auspiciously of all, he runs across Itsik Malpesh, a ninetysomething Russian immigrant who claims to be the last Yiddish poet in America. When a set of accounting ledgers in which Malpesh has written his memoirs surfaces -- twenty-two volumes brimming with adventure, drama, deception, passion, and wit -- the young man is compelled to translate them, telling Malpesh's story as his own life unfolds, and bringing together two paths that coincide in shocking and unexpected ways.

Moving from revolutionary Russia to New York's Depression-era Lower East Side to millennium's-end Baltimore with drama, adventure, and boisterous, feisty charm to spare, the unpeeling of this friendship is a story of the entire twentieth century. For fans of Nicole Krauss, Nathan Englander, Richard Powers, Amy Bloom, and Lore Segal, this book will amaze at every turn: narrated by two poets (one who doesn't know he is and one who doesn't know he isn't), it is a wise and warm look at the constant surprises and ineluctable ravages of time. It's a book about religion, love, and typesetting -- how one passion can be used to goad and thwart the other -- and most of all, about how faith in the power of words can survive even the death of a language.

A novel of faith lost and hope found in translation, Songs for the Butcher's Daughter is at once an immigrant's epic saga, a love story for the ages, a Yiddish-inflected laughing-through-tears tour of world history for Jews and Gentiles alike, and a testament to Manseau's ambitious genius.