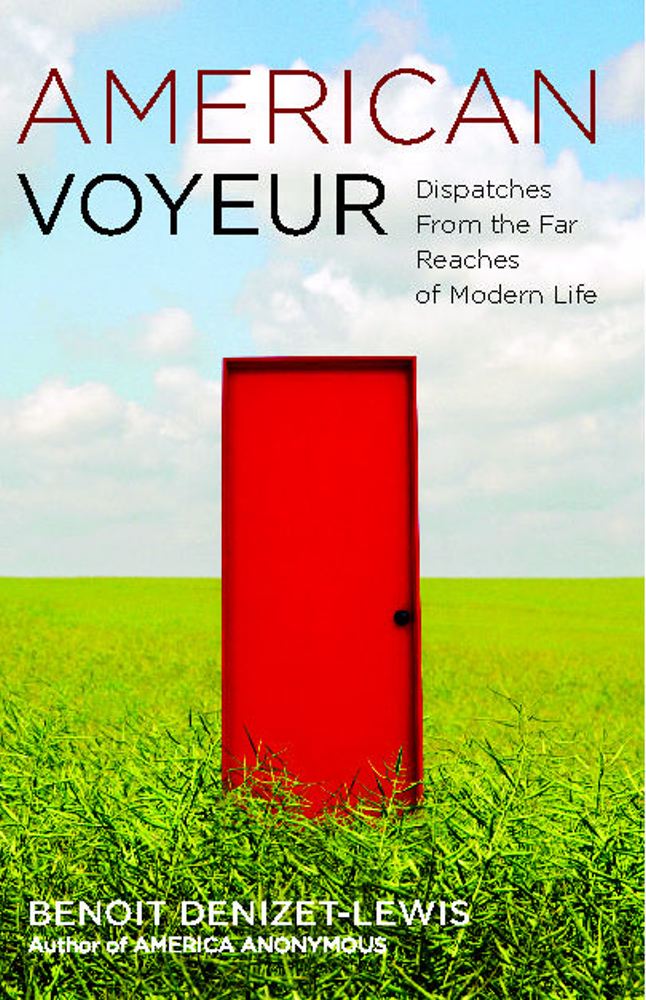 Dispatches From the Far Reaches of Modern Life

BENOIT DENIZET-LEWIS, one of the most perceptive and interesting journalists writing today, takes us into some unusual precincts of American society in American Voyeur.

Denizet-Lewis made news with his New York Times Magazine cover story "Double Lives on the Down Low," included here, which ignited a firestorm by revealing a subculture of African-American men who have sex with other men but who don’t consider themselves gay. In American Voyeur, he also takes us inside a summer camp for pro-life teenagers, a New Hampshire town where two young brothers committed suicide, a social group for lipstick lesbians, a middle school where a girl secretly lives as a boy, a college where fraternity boys face the daunting prospect of sobriety, a state where legally married young gay men are turning out to be more like their parents than anyone might have suspected, a high school where dating has been replaced by "hooking up," and other intersections of youth culture and sexuality. Peer behind the curtain of modern American life with this remarkable collection.

Praise For American Voyeur: Dispatches From the Far Reaches of Modern Life…

"I expected reading American Voyeur to be a guilty pleasure, but Denizet-Lewis's compassion and involvement swept all the guilt away and left the pleasure!" -- Barbara Ehrenreich, author of Bright-Sided: How the Relentless Promotion of Positive Thinking has Undermined America

"Thank God for Benoit Denizet-Lewis's insatiable curiosity. It has resulted in a fascinating book. American Voyeur is about the big issues -- sex, identity, religion, death -- but is told through small, compelling corners of culture." -- A. J. Jacobs, author of The Guinea Pig Diaries: My Life as an Experiment

Benoit Denizet-Lewis is a writer with The New York Times Magazine and an assistant professor of writing and publishing at Emerson College. He is the author of Travels With Casey, America Anonymous: Eight Addicts in Search of a Life, and has contributed to Sports Illustrated, The New Republic, Details, Slate, Salon, Out, and many others. Denizet-Lewis lives in Jamaica Plain, Massachusetts. Follow him @BenoitDLewis.
Loading...
or support indie stores by buying on