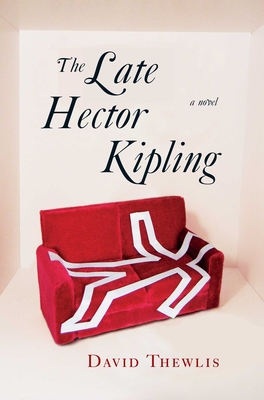 Hector Kipling is a famous artist. But Hector is not as famous as his best friend, Lenny Snook. And as they are standing in the Tate Gallery one afternoon, Hector’s life begins to unravel. For a painter, this existential crisis is the place from which great art is born. If the painter happens to be a forty-three-year-old man with a girlfriend away from home, it is the recipe for disaster.

Soon it’s all Hector can do to keep it together—between his therapist who shows up drunk at a party and introduces herself to his parents, an irresistible young female poet with a terrifying taste for S&M, and a deranged stalker with an oil-and-canvas-inspired vendetta, just trying to cope is enough to make a man cry.

As the events in his life threaten to drive him toward full-blown dementia, Hector finds himself in a bizarre and murderous pursuit of a man threatening to kill him in return, spiraling into a hysterically surreal Hitchcock-like thriller—the story of how a man can become desperate enough to shoot his way out of a midlife crisis.

David Thewlis is an actor, writer, and director. He has appeared in numerous films, including Paul Auster’s The Inner Life of Martin Frost, The Omen, Kingdom of Heaven, Seven Years in Tibet, The Big Lebowski, Gangster No. 1, and Naked (directed by Mike Leigh), for which he won Best Actor prize at the Cannes Film Festival. He has also appeared as Professor Remus Lupin in Harry Potter and the Prisoner of Azkaban, Harry Potter and the Order of the Phoenix, Harry Potter and the Half-Blood Prince, and Harry Potter and the Deathly Hallows. Thewlis is originally from Blackpool, England. This is his first novel.
or support indie stores by buying on
Copyright © 2020 American Booksellers Association