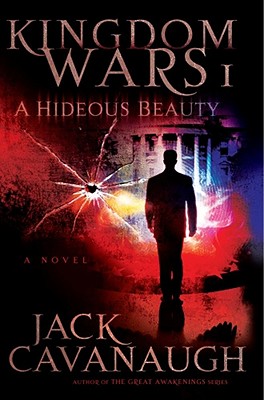 This isn't the world you think it is...

Every day they slip across our borders to infiltrate our government, our schools, our neighborhoods.

The armed forces are no threat to them.

Powerful and unseen, they cannot be stopped.

They have been doing this for millennia.

On what should have been the best day of his life, Pulitzer Prize-winning author Grant Austin learns of a plan to assassinate the president of the United States. Every attempt to sound the alarm is thwarted, and Grant soon finds himself at the center of an even greater battle that predates time as he stands alone against ancient powers and unspeakable evil -- evil that can only be described as a hideous beauty.

Praise For A Hideous Beauty: Kingdom Wars I…

"Jack Cavanaugh does more than entertain -- he raises questions worth pondering. A Hideous Beauty opens our eyes to an invisible world and lays bare a centuries-old battle. Grant Austin is a memorable hero, one the reader will want to visit time and time again." -- Alton Gansky, author of Crime Scene Jerusalem and Finder's Fee

Jack Cavanaugh is a popular historical fiction author. He has fifteen published novels which have received numerous Christian and secular awards. His novels While Mortals Sleep and His Watchful Eye won Christy Awards for excellence in Christian Fiction. The Puritans, from the American Portrait series, won an ECPA Silver Medallion Award.
Loading...
or
Not Currently Available for Direct Purchase