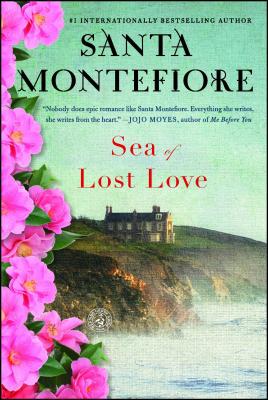 From the author of The Gypsy Madonna and The Last Voyage of the Valentina, a breathless novel that sweeps its heroine from the Cornish coast to the rugged beauty of Puglia Italy, where she discovers a shocking truth about her family and the way to save her ancestral home.

Celestria Montague always spends her summers at Pendrift Hall, the rambling, shabby mansion adorned with wisteria and clematis that has been home to the Montague family for generations. It is 1958, and the family is celebrating her father's fiftieth birthday at a lavish ball. The celebratory night ends in death and tragedy, however, and young Celestria learns that the family may lose Pendrift Hall. Her grandfather urges Celestria to play detective, to solve the mysteries surrounding the night's events, and to save the ancient mansion if at all possible. Her quest takes her to Italy's rugged and beautiful Puglia, and into the dark, cool cloisters of the Convento di Santa Maria del Mare. Here Celestria meets an enigmatic stranger and confronts unwelcome truths about her family—and herself.

Sea of Lost Love is Santa Montefiore at her very best—sensitive, sensual, and complex.

Praise For Sea of Lost Love: A Novel…

"Montefiore is a grand storyteller."

Santa Montefiore’s books have been translated into more than twenty-five languages and have sold more than six million copies in England and Europe. She is the bestselling author of The Temptation of Gracie and the Deverill series, among many others. She is married to writer Simon Sebag Montefiore. They live with their two children, Lily and Sasha, in London. Visit her at SantaMontefiore.co.uk and connect with her on Twitter @SantaMontefiore or on Instagram @SantaMontefioreOfficial.
Loading...
or support indie stores by buying on