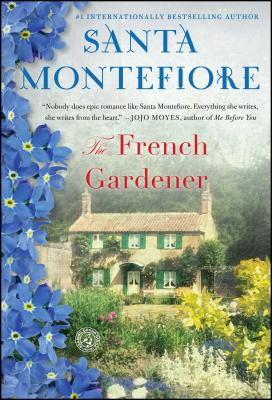 A neglected garden. A cottage that holds a secret. A mysterious and handsome Frenchman. Prepare to be “spellbound by the sheer charm” (Daily Express, UK) of Santa Montefiore’s tender and powerful novel about passion, loss, and the healing power of love.

It begins as Miranda and David Claybourne move into a country house with a once-beautiful garden. But reality turns out to be very different from their dream. Soon the latent unhappiness in the family begins to come to the surface, isolating each family member in a bubble of resentment and loneliness.

Then an enigmatic Frenchman arrives on their doorstep. With the wisdom of nature, he slowly begins to heal the past and the present. But who is he? When Miranda reads about his past in a diary she finds in the cottage by the garden, the whole family learns that a garden, like love itself, can restore the human spirit, not just season after season, but generation after generation.

Wise and winsome, poignant and powerfully moving, The French Gardener is a contemporary story told with an old-fashioned sensibility steeped in the importance of family and the magical power of love.

Santa Montefiore’s books have been translated into more than twenty-five languages and have sold more than six million copies in England and Europe. She is the bestselling author of The Temptation of Gracie and the Deverill series, among many others. She is married to writer Simon Sebag Montefiore. They live with their two children, Lily and Sasha, in London. Visit her at SantaMontefiore.co.uk and connect with her on Twitter @SantaMontefiore or on Instagram @SantaMontefioreOfficial.

Praise For The French Gardener: A Novel…

"Montefiore is a grand storyteller."