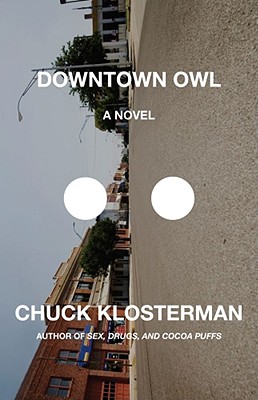 “Chuck Klosterman has hit the nail on the head in this depiction of small town life in the Midwest. It all rings true: the new teacher in town, single and every single man after her; the high school football coach; the town with more bars than churches. A very enjoyable read with great characters and an unexpected ending.”
— Carl Wichman, Varsity Mart, Fargo, ND
View the List

Somewhere in North Dakota, there is a town called Owl that isn't there. Disco is over, but punk never happened. They don't have cable. They don't really have pop culture, unless you count grain prices and alcoholism. People work hard and then they die. They hate the government and impregnate teenage girls. But that's not nearly as awful as it sounds; in fact, sometimes it's perfect.

Mitch Hrlicka lives in Owl. He plays high school football and worries about his weirdness, or lack thereof. Julia Rabia just moved to Owl. She gets free booze and falls in love with a self-loathing bison farmer who listens to Goats Head Soup. Horace Jones has resided in Owl for seventy-three years. He consumes a lot of coffee, thinks about his dead wife, and understands the truth. They all know each other completely, except that they've never met.

Like a colder, Reagan-era version of The Last Picture Show fused with Friday Night Lights, Chuck Klosterman's Downtown Owl is the unpretentious, darkly comedic story of how it feels to exist in a community where rural mythology and violent reality are pretty much the same thing. Loaded with detail and unified by a (very real) blizzard, it's technically about certain people in a certain place at a certain time...but it's really about a problem. And the problem is this: What does it mean to be a normal person? And there is no answer. But in Downtown Owl, what matters more is how you ask the question.