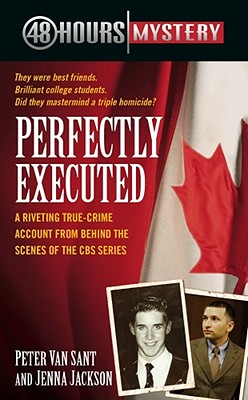 THEY WERE YOUNG. THEY WERE SMART -- OFTEN TO THE POINT OF ARROGANCE. BUT WERE THEY KILLERS?

Investigative correspondent Peter Van Sant draws on penetrating interviews and extensive research to unravel a controversial case from TV's 48 Hours Mystery -- the two gifted college students charged with murdering one of their families in cold blood.

Bellevue, Washington: Early on a serene summer evening, neighbors heard a muffled commotion from inside the home of a quiet Muslim family, newcomers to the wealthy Seattle suburb. It wasn't until well after midnight that Atif Rafay and his best friend, Sebastian Burns, entered the Rafay house to find Atif's parents fatally bludgeoned, and his sister clinging to life. Despite airtight alibis and a dearth of evidence, the boys quickly emerged as suspects -- and sealed their fate when they headed to Canada. After a six-year extradition battle that went all the way to Canada's Supreme Court, they were returned to the U.S. -- in a twisting case involving an elaborate sting operation; a damaging screenplay; a shattering surprise witness; and the shocking discovery of one of the boys having sex with his female attorney in prison. Were Atif Rafay and Sebastian Burns falsely accused? Or was this unspeakable crime PERFECTLY EXECUTED?