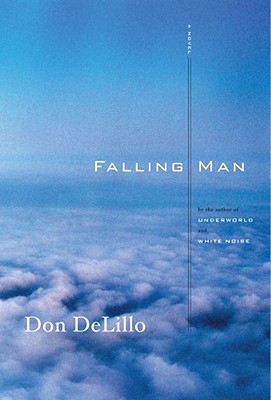 There is September 11 and then there are the days after, and finally the years.

Falling Man is a magnificent, essential novel about the event that defines turn-of-the-century America. It begins in the smoke and ash of the burning towers and tracks the aftermath of this global tremor in the intimate lives of a few people.

First there is Keith, walking out of the rubble into a life that he'd always imagined belonged to everyone but him. Then Lianne, his es-tranged wife, memory-haunted, trying to reconcile two versions of the same shadowy man. And their small son Justin, standing at the window, scanning the sky for more planes.

These are lives choreographed by loss, grief and the enormous force of history.

Brave and brilliant, Falling Man traces the way the events of September 11 have reconfigured our emotional landscape, our memory and our perception of the world. It is cathartic, beautiful, heartbreaking.

Praise For Falling Man: A Novel…

"Falling Man brings at least a measure of memory, tenderness and meaning to all that howling space." -- Frank Rich, The New York Times Book Review

"The clearest vision yet of what it felt like to live through that day." -- Malcolm Jones, Newsweek

"DeLillo is at his best...a keen imaginer...[writing] with exactitude and lyrical originality." -- James Wood, The New Republic

Don DeLillo is the author of seventeen novels including White Noise, Libra, Underworld, Falling Man, and Zero K. He has won the National Book Award, the PEN/Faulkner Award for Fiction, the PEN/Saul Bellow Award, the Jerusalem Prize for his complete body of work, and the William Dean Howells Medal from the American Academy of Arts and Letters. His story collection The Angel Esmeralda was a finalist for the Story Prize and the PEN/Faulkner Award for Fiction. In 2013, DeLillo was awarded the Library of Congress Prize for American Fiction, and in 2015, the National Book Foundation awarded DeLillo its Medal for Distinguished Contribution to American Letters.
Loading...
or
Not Currently Available for Direct Purchase