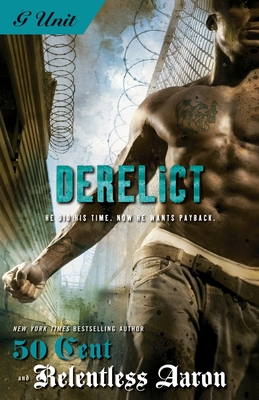 From hip hop kingpin and #1 New York Times bestselling author 50 Cent comes a gritty novel that dares to tell the truth about the Life on the Street: One man did his time…but now he wants payback.


His Freedom Came with a Price.

Who's gonna hire an ex-con? That's just one question facing Jamel Ross after he is released from seven years in the Federal Pen. But that's not his only problem. There's a probation officer watching his every move. There are the women in his life, who all want a part of him - his girlfriends and one very sexy psychologist who worked overtime on Jamel in prison. Then there's the payback plan he's been dreaming of, getting revenge on those who put him away. It's a fine line between winning and losing, and Jamel must decide if the world will forever see him as a derelict, or if he will rise above the past. But someone has an agenda of his own - and he's ready to take Jamel down at any price.

Relentless Aaron has taken the street lit world by storm, publishing more than thirty novels. He lives in New York City. Visit his website at RelentlessAaron.com.

50 Cent (a.k.a. Curtis Jackson) is a record-breaking rap recording artist, entrepreneur, music producer, and actor. His debut album, Get Rich or Die Tryin’, sold more than 12 million units worldwide, is certified eight times platinum, and was the basis for the semi-autobiographical film of the same title, in which he starred. He is the first artist to have four songs in the top ten of Billboard’s Hot 100 since the Beatles in 1964. He published his memoir, the New York Times bestseller From Pieces to Weight, which was hailed as “cool, hard, and vivid, a minor classic of gangster rap noir” (The New York Times). He is also the author of Hustle Harder, Hustle Smarter. Under the G-Unit brand, his business empire includes a record label, apparel and footwear ventures, vitamin water, and more. He created the nonprofit organization The G-Unity Foundation, which aims to better the life of urban youth. Follow him on Twitter and Instagram at @50cent.
or support indie stores by buying on
Copyright © 2020 American Booksellers Association