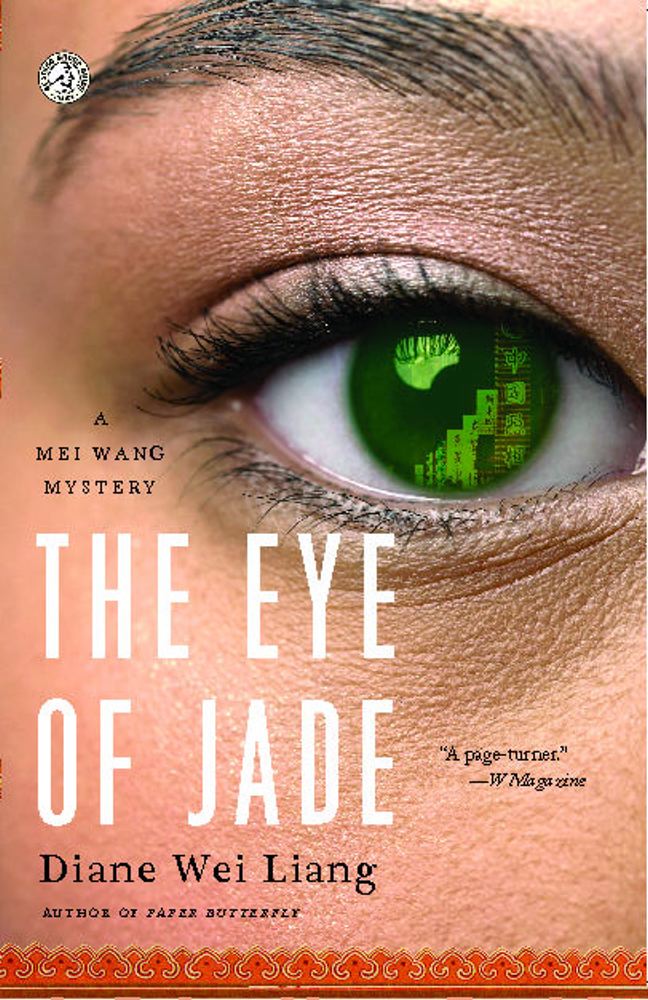 The Eye of Jade (Paperback)

"Having her own detective agency would give her
the independence she had always longed for. It
would also give her the chance to show those people
who shunned her that she could be successful. People
were getting rich. They owned property, money,
business, and cars. With new freedom and opportunities
came new crimes. There would be much that
she could do."


Present day, Beijing. Mei Wang is a modern, independent woman. She has her own apartment. She owns a car. She has her own business with that most modern of commodities -- a male secretary. Her short career with China's prestigious Ministry for Public Security has given her intimate insight into the complicated and arbitrary world of Beijing's law enforcement. But it is her intuition, curiosity, and her uncanny knack for listening to things said -- and unsaid -- that make Mei Beijing's first successful female private investigator.

Mei is no stranger to the dark side of China. She was six years old when she last saw her father behind the wire fence of one of Mao's remote labor camps. Perhaps as a result, Mei eschews the power plays and cultural mores -- guanxi -- her sister and mother live by...for better and for worse.

Mei's family friend "Uncle" Chen hires her to find a Han dynasty jade of great value: he believes the piece was looted from the Luoyang Museum during the Cultural Revolution -- when the Red Guards swarmed the streets, destroying so many traces of the past -- and that it's currently for sale on the black market. The hunt for the eye of jade leads Mei through banquet halls and back alleys, seedy gambling dens and cheap noodle bars near the Forbidden City. Given the jade's provenance and its journey, Mei knows to treat the investigation as a most delicate matter; she cannot know, however, that this case will force her to delve not only into China's brutal history, but also into her family's dark secrets and into her own tragic separation from the man she loved in equal parts.

The first novel in an exhilarating new detective series, The Eye of Jade is both a thrilling mystery and a sensual and fascinating journey through modern China.

Diane Wei Liang was born in Beijing. She spent part of her childhood with her parents in a labor camp in a remote region of China. In 1989 she took part in the Student Democracy Movement and protested in Tiananmen Square. Diane is a graduate of Peking University. She has a Ph.D. in business administration from Carnegie Mellon University and was a professor of business in the U.S. and the U.K. for more than ten years. She now writes full-time and lives in London with her husband and their two children.

Praise For The Eye of Jade: A Mei Wang Mystery…

" We've all heard of The No. 1 Ladies' Detective Agency, Alexander McCall Smith's bestselling novels about a female private detective from Botswana. Now it's China's turn. On the surface The Eye of Jade is a classic detective fiction with lots of underworld contacts and hushed conversations in noodle bars, but underneath, Liang, who fled China after her involvement in the student protests in Tiananmen Square, is doing something much more than an examination of China old and new. There's an incredible tension between old Communist China and a new capitalist future; this tension is at the heart of the novel. This novel takes on subjects that in the past would have been censored." -- Mark Coles, BBC

"This may start out as a straightforward mystery but it expands to encompass a meditation on the nature of love and justice in extraordinary circumstances." -- Herald Sun (Melbourne, Australia)

"An exquisitely written book, with the added bonus of a great plot and an engaging leading lady." -- The Sun-Herald (Sydney, Australia)
or support indie stores by buying on
Copyright © 2020 American Booksellers Association