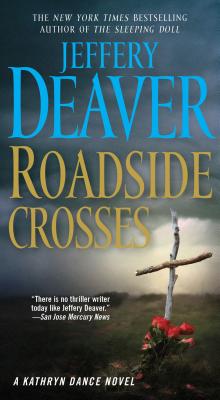 Roadside crosses are appearing along the highways of the Monterey Peninsula, not as memorials to past accidents but as markers for fatalities yet to come . . . and someone, armed with information gleaned from careless and all-too-personal blog postings, intends to carry out those killings. Kathryn Dance and her C.B.I. team know when the attacks will take place, but who will be the victims? Her body language expertise leads her to a recent fatal car crash, and to the driver, Travis Brigham, a gaming-obsessed teen who’s become the target of vicious cyberbullies. And when Travis disappears, Kathryn must lead a furious manhunt in the elusive world of bloggers and social networking, where nothing is as it seems. . . .

“There is no thriller writer today like Jeffery Deaver.”
—San Jose Mercury News