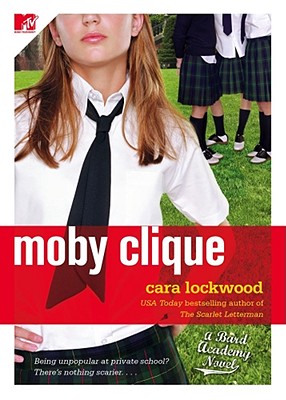 Some literary classics have been around for centuries. Miranda Tate's just hoping to survive junior year....

Her summer reading assignment is Moby-Dick, but Miranda's vacation hasn't exactly been smooth sailing. Between working at her stepmother's hideous all-pink boutique, and having broken up with her basketball champ boyfriend Ryan, not to mention snoozing her way through one of literature's heaviest tomes, she's almost looking forward to returning to Bard Academy. That was before her kid sister Lindsay smashed up their dad's Land Rover and got shipped off to Bard herself. Is the punishment Lindsay's -- or Miranda's?

A private school staffed by the ghosts of famous dead writers is hard enough to navigate without a freshman kid sister in tow, but now Miranda's trying to sort out her feelings for her brooding friend Heathcliff, who happens to be a fictional character, while keeping Bard's secrets from her nosy sister. And when her nemesis Parker handpicks gullible Lindsay to be a Parker clone, Miranda knows a storm is brewing. Then, Lindsay disappears in the woods...and a frantic search sends Ryan, Miranda, and Heathcliff to Whale Cove, a spot rumored to hide a sunken pirate's ship. But something -- or someone -- even more ominous and terrifying lurks there. Can Miranda stay the course and save her sister?

Cara Lockwood is also the author of I Do (But I Don't), which was made into a Lifetime movie, as well as Pink Slip Party and Dixieland Sushi, and Every Demon Has His Day, all available from Downtown Press. She was born in Dallas, Texas, and earned a Bachelor's degree in English from the University of Pennsylvania. She has worked as a journalist in Austin, and is now married and living in Chicago. Her husband is not a rock star, but he does play the guitar -- poorly.
Loading...
or support indie stores by buying on