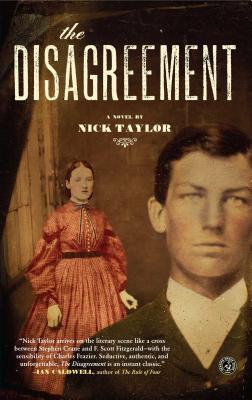 It is April 17, 1861 -- the day that Virginia secedes from the Union and the sixteenth birthday of John Alan Muro. As the Commonwealth erupts in celebration, young Muro sees his dream of attending medical school in Philadelphia shattered by the sudden reality of war.

Muro's father, believing that the Disagreement will pass, sends his son instead to Charlottesville. Jefferson's forty-year-old University of Virginia has become a haven of rogues and dilettantes, among them Muro's roommate, Braxton Baucom III, a planter's son who attempts to strike a resemblance to General "Stonewall" Jackson. Though the pair toasts lightheartedly "To our studies!" with a local corn whiskey known as "The Bumbler," the war effort soon exerts a sobering influence. Medical students like Muro are pressed into service at the Charlottesville General Hospital, where the inexperienced Dr. Muro saves the life of a Northern lieutenant, earning the scorn of his peers.

As the war progresses, Muro takes up yet another cause -- winning the affections of the beguiling Miss Lorrie Wigfall. Here, too, Muro faces a cunning adversary. Just as the fighting is closing in, Muro is forced to make a choice that will shape the rest of his life. In this story of love, loyalty, and unimaginable sacrifice, a doctor struggles to balance the passions of youth with the weight of responsibility.

Praise For The Disagreement: A Novel…

"In this dazzling debut novel, a young Virginia medical student must choose between family and ambition in the crucible of the American Civil War. Author Nick Taylor arrives on the literary scene like a cross between Stephen Crane and Scott Fitzgerald -- with the sensibility of Charles Frazier. Seductive, authentic, and unforgettable, The Disagreement is an instant classic." -- Ian Caldwell, author of The Rule of Four

"I loved Nick Taylor's gutsy prose; even at its most lyrical, it never fails to offer a particularly evocative glimpse of a troubling time. Here is a story about our soul-destroying fratricidal war that uses the narrowest of prisms to offer a wider vision. A genuine accomplishment." -- Beverly Swerling, author of City of Dreams and City of Glory

"At its best, historical fiction reveals the truth or reality of the past. Nick Taylor has achieved this in his very fine book. Taylor has chosen to see the Civil War's human wreckage through the eyes of a young Confederate surgeon at a hospital in Charlottesville, Virginia. The result is a compelling and moving novel." -- Jeffry D. Wert, Civil War historian

NICK TAYLOR is a journalist and the critically acclaimed author of nine books. He lives in New York City.
Loading...
or support indie stores by buying on