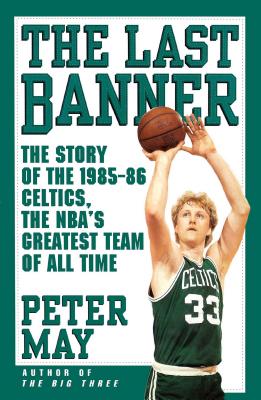 From Simon & Schuster, The Last Banner by Peter May is the story of the 1985-1986 Celtics—the NBA's greatest team of all time.

The Last Banner offers a behind the scenes look at this team with up close and personal profiles of the unforgettable players, coaches, and opponents that made the 1985-1986 Celtics truly unique.

Peter May is the author of many sports books including The Last Banner: The Story of the 1885-1886 Boston Celtics, the NBA’s Greatest Team of All-Time and The Big Three: Larry Bird, Kevin McHale, and Robert Parish. He was a staff sportswriter at The Boston Globe for two decades where he covered three Super Bowls, two World Series, and the 2004 Olympics. May’s work has also appeared in the New York Times, ESPN, and Boston Magazine. He is a lecturer in journalism at Brandeis University.
Loading...
or support indie stores by buying on