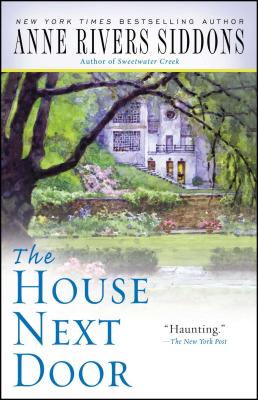 The House Next Door

An unparalleled picture of that vibrant but dark intersection where the Old and the New South collide.

Thirtysomething Colquitt and Walter Kennedy live in a charming, peaceful suburb of newly bustling Atlanta, Georgia. Life is made up of enjoyable work, long, lazy weekends, and the company of good neighbors. Then, to their shock, construction starts on the vacant lot next door, a wooded hillside they'd believed would always remain undeveloped. Disappointed by their diminished privacy, Colquitt and Walter soon realize something more is wrong with the house next door. Surely the house can’t be haunted, yet it seems to destroy the goodness of every person who comes to live in it, until the entire heart of this friendly neighborhood threatens to be torn apart.

Anne Rivers Siddons was born in a small railroad town just south of Atlanta, where her family has lived for six generations. She attended Auburn University and later joined the staff of Atlanta magazine. Her first novel, Heartbreak Hotel, a story of her college days at Auburn, was later made into a movie called Heart of Dixie, starring Ally Sheedy. Since then she has written fifteen more novels, many of which have been bestsellers. Recently, a movie version of her later novel The House Next Door was aired on LifeTime Network. Ms. Siddons now divides her time between Atlanta and Brooklin, Maine.
Loading...
or support indie stores by buying on