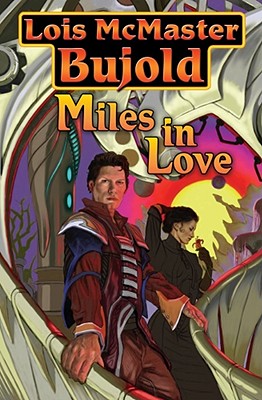 Two complete novels and a short novel in one large volume
Komarr--Miles Vorkosigan is sent to Komarr, a planet that could be a garden with a thousand more years of terraforming; or an uninhabitable wasteland, if the terraforming project fails. The solar mirror vital to the project has been shatteredby a ship hurtling off course, and Miles Vorkossigan has been sent to find out if it was an accident, or sabotage. Miles uncovers a plot that could exile him from Barrayar forever--and discovers an unexpected ally, one with wounds as deep and honor as beleaguered as his own. A Civil Campaign--On Komarr, Miles met the beautiful Vor widow Ekaterin Vorsoisson, who has no intention of getting married after the heartbreak and betrayal of her first experience. But Miles has a cunning plan to change her mind. Unfortunately his clone-brother Mark and his cousin Ivan have cunning plans of their own, and the three-way collision of cunning plans threatens to undo Miles's brilliant romantic strategy. "Winterfair Gifts"--Miles and Ekaterin make elaborate preparations for their wedding. But Miles has an enemy who is plotting to turn the romantic ceremony into a festival of death.