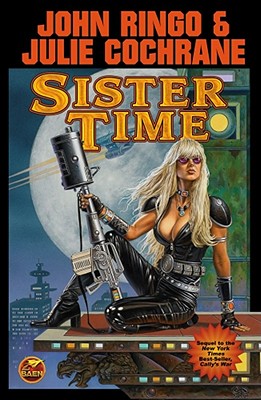 9.  Teaser chapter included for Honor of the Clan

Cally O'Neal is officially dead. In her over forty years of being an active secret agent she hasn't used her real name much less spoken to her sister. So when Michelle interrupts an important mission, by seemingly appearing out of thin air, it's an unexpected reunion.

Michelle O'Neal has lived the life of the perfect Indowy adept, rising slowly in the ranks, honing her skills, being a good little girl. But now she needs the help of her “bad” sis when the Darhel start to put the squeeze on the first Human mentat.

In a family where her father, the war hero, thinks everyone is dead, her grandfather is a smuggler when he's not distilling moonshine, her sister is a cold-blooded killer for hire and her brother-in-law is a mobster, Michelle may look like the odd-gal out.

But when it's death or dishonor, she's gonna prove that deep down inside, she's every bit an O'Neal.