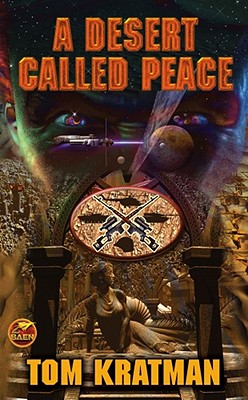 HE RAISED AN ARMY AGAINST THOSE WHO TOOK EVERYTHING FROM HIM

They should have picked their enemies more carefully.

Five centuries from now, on a remarkably Earthlike planet that is mankind's sole colony in space, religious fanatics called the ""Salafi Ikhwan"" have murdered the uncle of former colonel Patrick Hennessey. That was their first mistake, because uncle was rich and Hennessey was rather a good colonel. But they also murdered Hennessey's wife, Linda, and their three small children, and that was their worst mistake for she was the only restraint Hennessey had ever accepted.

From the pile of rubble and the pillar of fire that mark the last resting place of Linda Hennessey and her children arises a new warrior—Carrera, scourge of the Salafis. He will forge an army of ruthless fanatics from the decrepit remains of failed state's military. He will wage war across half a world. He will find those who killed his family. He will destroy them, and those who support them, utterly, completely, without restraint or remorse.

Only when he is finished will there be peace: the peace of an empty wind as it blows across a desert strewn with the bones of Carrera's enemies.