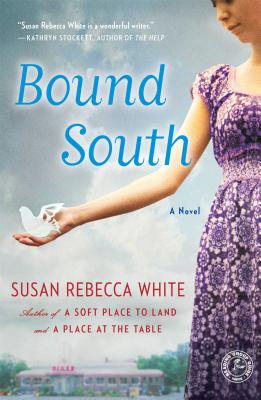 From the award-winning author of A Soft Place to Land and A Place at the Table comes a tale of three vibrant and unique Southern women—Louise, Caroline, and Missy—as their lives intersect in unexpected and extraordinary ways.

From the outside, Louise Parker seems like a proper Southern matron. But inside, Louise seethes. She’s thwarted by her seemingly perfect husband, frustrated with her talented but rebellious daughter, scarred by her philandering father, and exasperated by her unstable mother. Louise simply doesn’t know how to stop playing the role she’s been starring in for her entire life.

A gifted actress, Louise’s daughter Caroline can make any character seem real when she takes the stage. But Caroline is lost when it comes to relationships, especially when dealing with her mother. When Caroline’s young, handsome drama teacher seduces her, she can’t resist. But her forbidden affair will lead Caroline to a different kind of stage, with a new audience.

Missy loves Jesus nearly as much as she misses her father, a part-time minister who deserted his family when Missy was three. She accompanies her mother to work as a maid at the Parker residence, for two reasons: to help her mother to clean the house and to save the Parkers’ irreverent son Charles.

By turns hilarious and poignant, this is a richly compelling debut novel of family, friendship, and folly.

Praise For Bound South: A Novel…

"Like its characters, "Bound South" comes dressed in innocence and comedy, a series of hilarious and poignant stories told in gossipy backyard-fence style. But underneath, its concerns are far more serious..." -- Atlanta Journal-Constitution

"This acclaimed funny and poignant debut novel describes the clashes between the new and old South..." -- San Francisco Examiner

"A Southern classic based on the New South -- the one Margaret Mitchell never knew...this is a story that book clubs will enjoy discussing for years to come." -- Roanoke Times

"White captures the truth both of the South and humanity." -- Durham Herald-Sun

"An elaborate, generation-spanning southern tale of family life in the vein of Rebecca Wells." -- Booklist

"From Chapter One, you are in the unsentimental, annoying, and enormously funny New South. Susan Rebecca White has perfect pitch and a wicked pen." -- Anne Rivers Siddons, New York Times bestselling author of Off Season

"I was enthralled by this book. In fact, I think I know some of the characters." -- Ann B. Ross, author of Miss Julia Strikes Back

"Move over, Margaret Mitchell -- and Tom Wolfe, too! Nobody has ever written about Atlanta with such insight and humor -- and she gets it all right..." -- Lee Smith, author of The Last Girls