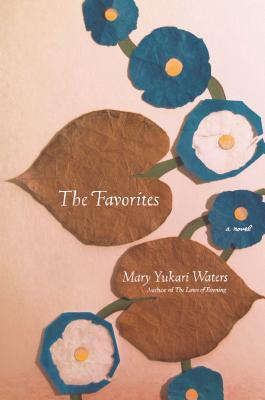 From an award-winning author whose debut story collection received unprecedented praise, comes an elegant novel about mothers and daughters, secrets and silences, and familial bonds in a culture where custom dictates behavior.

In her exquisite first novel, Mary Yukari Waters explores the complex relationships among three generations of women bound by a painful family history.

Fourteen-year-old Sarah Rexford, half-Japanese and half-American, feels like an outsider when she visits her family in Japan. She quickly learns that in traditional Kyoto, personal boundaries are firmly drawn and actions are not always what they appear.

In the midst of her acculturation, Sarah learns of a family secret. During World War II, her grandmother was forced to give up one of her daughters for adoption. The child was adopted by the grandmother’s sister-in-law, and the siblings were brought up as cousins, growing up on the same lane where both the biological and adoptive mother lived. Even into the present, the arrangement is never discussed. But as Sarah learns, its presence looms over the two houses. In this carefully articulated world, where every gesture and look has meaning, Sarah must learn the rules by which her mother, aunts, and grandmother live.

Delicately balancing drama and restraint as only few writers can, Waters captures these women—their deep passions and tumultuous histories—in this tender and moving novel about the power, beauty, and importance of mother-daughter relationships.

Mary Yukari Waters is half Japanese and half Irish-American. The recipient of an O. Henry award, a Pushcart Prize, and a grant from the National Endowment for the Arts, she has been published in The Best American Short Stories 2002 and 2003, The Pushcart Book of Short Stories: The Best Stories from a Quarter-Century of the Pushcart Prize, and Francis Ford Coppola's Zoetrope 2 anthology. She earned her MFA from the of , , and lives in .
or support indie stores by buying on
Copyright © 2020 American Booksellers Association