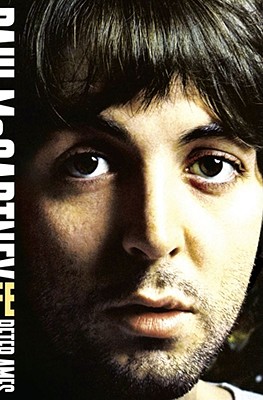 More than a rock star, more than a celebrity, Paul McCartney is a cultural touchstone who helped transform popular music as one half of the legendary Lennon-McCartney songwriting duo. In this definitive biography, Peter Ames Carlin examines McCartney’s entire life, casting new light not just on the Beatles era but also on his years with Wings and his thirty-year relationship with his first wife, Linda McCartney. He takes us on a journey through a tumultuous couple of decades in which Paul struck out on his own as a solo artist, reached the top of the charts with a new band, and once again drew hundreds of thousands of screaming fans to his concerts. Carlin presents McCartney as a musical visionary but also as a layered and conflicted figure as haunted by his own legacy—and particularly his relationship with John Lennon—as he was inspired by it. Built on years of research and fresh, revealing interviews with friends, bandmates, and collaborators spanning McCartney’s entire life, Carlin’s lively biography captures the many faces of the living legend.


Praise For Paul McCartney: A Life…

"As he did with his superb biography of the Beach Boys' Brian Wilson, Peter Ames Carlin has done it again. His biography of Paul McCartney has the same keen insights, the same flowing prose, the same crisp narrative. What emerges is a full-blown portrait of one of our greatest icons and enigmas. If there is anyone who writes about modern musicians better than Carlin does, I don't know who it could possibly be." -- Buzz Bissinger, author of Friday Night Lights

"Peter Ames Carlin kicks out the jams, with a frank and revealing portrait of the man behind the myth. Paul McCartney emerges from this account bursting with talent, brilliant and flawed." -- Bob Spitz, author of The Beatles: The Biography

"Among the many virtues of Carlin's sympathetic yet discerning portrait is the way he turns so many familiar details into a fresh life story. This is the Cute Beatle you only thought you knew, whose good cheer feeds off ferocious ambition. In Carlin's treatment, McCartney's whimsical persona may be even more complicated than his partner's, and since Lennon's death in 1980, requires far more maintenance. " -- Tim Riley, author of Tell Me Why: A Beatles Commentary

"The best thing about Peter Ames Carlin's book is the way he entangles the music and the life, so that we begin to understand them as what they are -- inextricable. This is the kind of book that Paul McCartney's solo work deserves -- enthusiastic but critical, a redemptive reevaluation of what's best about Paul's solo work without denying the worst, and a clear-eyed overview of the Beatles period as a part of a very active, creative, and personal life that endures." -- Dave Marsh, author of Bruce Springsteen on Tour: 1968-2005