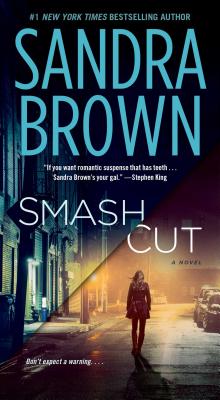 From #1 New York Times bestselling author of Seeing Red comes this thrilling novel full of jarring, cinematic twists and breathless suspense that will have you on the edge of your seat.

When millionaire Paul Wheeler is murdered, his family retains renowned lawyer Derek Mitchell to defend the victim’s nephew Creighton—although the police have not charged the young man with the crime. Wheeler’s mistress Julie Rutledge, who is also a suspect, believes that Creighton is the killer despite his rock-solid alibi, and she’ll do almost anything in her quest to prove his guilt—even ruin Derek’s career. But as Derek learns of Creighton’s darker side, especially his bizarre fascination with movie murders, the more he agrees with Julie’s suspicion. The clock ticks down to a shocking ending as Derek and Julie join forces to find the truth. Has Creighton begun re-enacting cinema’s goriest scenes and, if so, who will be his unwilling co-stars? They won’t know until the final Smash Cut.

Praise For Smash Cut: A Novel…

"Brown delivers more than a few thrills and surprises in this taut, satisfying page-turner." -- Booklist

"Packed with surprises and the kind of propulsive plot for which Brown (Smoke Screen, 2008, etc.) is justly famous, this effort will not disappoint her readers." -- Kirkus

"Most crime thrillers come from male authors. But with Smash Cut, Sandra Brown shows that she's right up with the best of the boys.... [Brown's] dialogue snaps, crackles and pops, and her characters rise above cliché. Smash Cut deserves to be this summer's blockbuster thriller." -- St. Louis Post-Dispatch