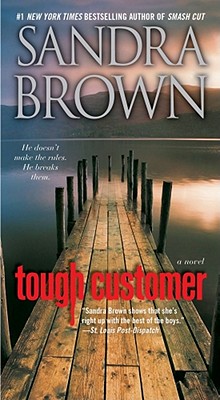 The #1 New York Times bestselling author of Seeing Red “charges her characters and their relationships with electricity” (San Francisco Book Review) in this sizzling, sleep-with-the-lights-on novel of suspense.

When a deranged stalker attempts to murder her daughter Berry, Caroline King has no doubts who to contact for help: Berry’s father, the cagey private investigator Dodge Hanley. It’s been thirty years since Dodge last saw Caroline, but the savvy real estate mogul still haunts his dreams. He has a whole bagful of grudging excuses for ignoring Caroline’s call—and one compelling reason to drop everything and fly down to Texas to protect the daughter he’s never met: guilt. As always, Dodge’s perseverance knows no bounds as he teams with a small-town sheriff, but the alarming situation worsens when the stalker claims other victims, leaving a trail of clues lethally pointing toward Berry. And Dodge—a street-smart fighter who has always put his life on the line—realizes that this time, he’s risking his heart as well...