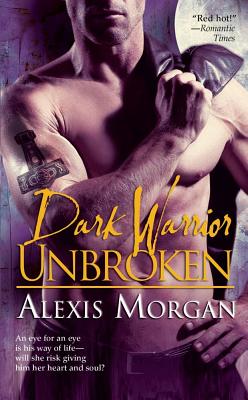 
The second book in Alexis Morgan’s new paranormal series featuring the Talion—rugged warriors who protect their kind from the outside world and hunt down those who have gone rogue.

Talion enforcer Sandor Kearn is dedicated to hunting down rogue Kyth who attack humans. He recently killed a renegade who set fire to a local dance club, killing the arson investigator, Maynard Cooper. Since the cops have had no luck solving the murder, Coop’s protégé, Lena Nelson, becomes involved. Lena—unaware she is part Kyth—has the ability to see flashbacks of the crimes she’s investigating though her sense of touch. When she meets Sandor, she realizes that he’s somehow connected to Coop’s death. Sandor must convince Lena of his innocence yet keep her from digging further, which would risk exposing the existence of the Kyth. And when they fall in love, things get even more complicated.