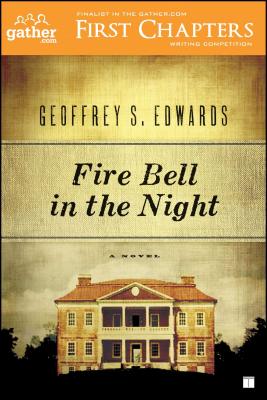 Fire Bell in the Night

Filled with historic details of the time, Fire Bell in the Night explores the explosive tension between North and South, black and white, that gripped Charleston, South Carolina, in the summer of 1850. Geoffrey S. Edwards's first novel tells the story of New York Tribune reporter John Sharp, sent to cover the capital trial of Darcy Calhoun, a farmer who stands accused of harboring a fugitive slave.

As the trial begins, John quickly realizes that not everything is as it appears in the genteel city of Charleston. A series of mysterious fires in white establishments brings the state militia, a curfew for the black population, and rising tension at the courthouse. To unravel the city's secrets, Sharp must enter Charleston's plantation society, where he is befriended by Tyler Breckenridge, owner of the Willowby plantation, and his beautiful sister Clio.

Set against the backdrop of a nation headed toward civil war, Fire Bell in the Night is a page-turning account of a trial and one young reporter's efforts to discover the truth.

Geoffrey S. Edwards lives with his wife, Anne, in Chicago.
Loading...
or support indie stores by buying on