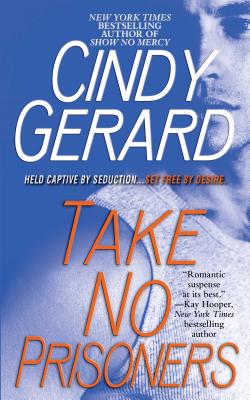 Abbie Hughes no longer trusts men, but despite her cool indifference, her long legs and showgirl face still draw plenty of attention. Between working as a blackjack dealer, going to school, and keeping an eye on her younger brother, Cory, there's no time for romantic adventures -- until the night a sexy, mysterious stranger places a wager at her table.

Sam Lang left Black Ops, Inc. when tragedy struck his family. Although he's determined to retire his M-16 rifle to lead a quiet life on his ranch, a vengeful quest will send him on a manhunt for the ruthless multimillionaire who murdered his sister.

Though Sam suspects Abbie is in on a lucrative gem-smuggling deal her brother made with the enemy, their attraction is undeniable. Now Cory is missing, and together they search the wild Honduras backcountry to find him. With danger on their trail, they must trust each other completely or face certain death alone....

Cindy Gerard is the critically acclaimed New York Times and USA Today bestselling author of the wildly popular Black Ops series, the Bodyguards series, and more than thirty contemporary romance novels. Her latest books include the One-Eyed Jacks novels Killing Time, Running Blind, and The Way Home. Her work has won the prestigious RITA Award for Best Romantic Suspense. She and her husband live in the Midwest. Visit her online at CindyGerard.com.

Praise For Take No Prisoners…