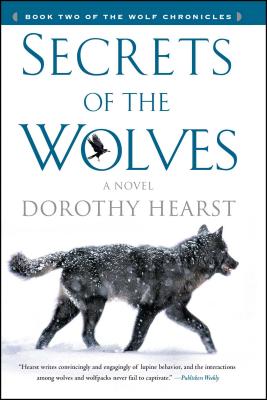 Secrets of the Wolves

A gripping adventure set in ancient times. The second wolf-narrated novel in The Wolf Chronicles brings wolves and humans together—for better or for worse.

The rules of the Wide Valley wolves were clear: Never consort with humans; never kill a human unprovoked; never allow a mixed-blood wolf to live.

When she was little more than a pup, Kaala, born of mixed blood and nearly killed for it, found herself irresistibly drawn to the forbidden humans. She shattered the rules of the valley, exposing the lies hidden beneath. Now, responsibility for the consequences rests with her. In part two of The Wolf Chronicles, Kaala and the human girl she has befriended must find a way for the wolves and humans of the valley to live in harmony. If they succeed, Kaala will finally prove herself worthy of her pack. If they fail, every wolf and human in the valley will die.

Then Kaala learns that much more than the Wide Valley is at stake. Humans—and their relationship to the world around them—are changing. Kaala’s choices may affect not only her pack, but the survival of all wolfkind.

Dorothy Hearst is the author of the Wolf Chronicles trilogy. She loves writing about canine characters, birds, and other creatures who can give us the chance to see ourselves in new ways. She is an acquiring editor, a martial artist, a self-defense instructor-in-training, an avid hiker and reader, and a dog lover. She is not entirely domesticated, but is very food motivated.
Loading...
or support indie stores by buying on