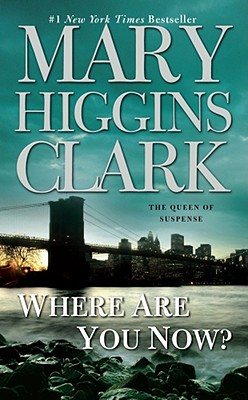 Where Are You Now?

From America’s Queen of Suspense and #1 New York Times bestselling author comes a gripping tale of a young woman trying to unravel the mystery of a family tragedy—a quest with terrifying repercussions.

It has been ten years since twenty-one-year-old Charles MacKenzie Jr. (“Mack”) went missing. A Columbia University senior, about to graduate and already accepted at Duke University Law School, he walked out of his apartment on Manhattan’s Upper West Side without a word to his college roommates and has never been seen again. However, he does make one ritual phone call to his mother every year: on Mother’s Day. Each time, he assures her he is fine, refuses to answer her frantic questions, then hangs up. Even the death of his father, a corporate lawyer, in the tragedy of 9/11 does not bring him home or break the pattern of his calls.

Mack’s sister, Carolyn, is now twenty-six, a law school graduate, and has just finished her clerkship for a civil court judge in Manhattan. She has endured two family tragedies, yet she realizes that she will never be able to have closure and get on with her life until she finds her brother. She resolves to discover what happened to Mack and why he has found it necessary to hide from them. So this year when Mack makes his annual Mother’s Day call, Carolyn interrupts to announce her intention to track him down, no matter what it takes. The next morning after Mass, her uncle, Monsignor Devon MacKenzie, receives a scrawled message left in the collection basket: “Uncle Devon, tell Carolyn she must not look for me.”

Praise For Where Are You Now?: A Novel…

"An imaginative tale of murder and deceit...will keep readers guessing to the nail-biting conclusion." -- Publishers Weekly