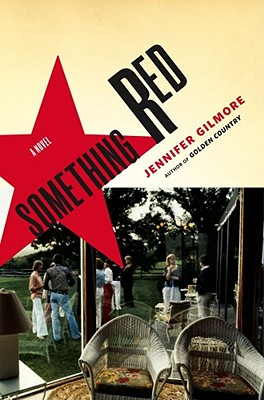 When Jennifer Gilmore’s first novel, Golden Country, was published, The New York Times Book Review called it "an ingeniously plotted family yarn" and praised her as an author who "enlivens the myth of the American Dream." Gilmore’s particular gift for distilling history into a hugely satisfying, multigenerational family story is taken to new levels in her second novel.

In Washington, D.C., life inside the Goldstein home is as tumultuous as the shifting landscape of the times. It is 1979, and Benjamin is heading off to college and sixteen-year-old Vanessa is in the throes of a rocky adolescence. Sharon, a caterer for the Washington elite, ventures into a cultlike organization. And Dennis, whose government job often takes him to Moscow, tries to live up to his father’s legacy as a union organizer and community leader.

The rise of communism and the execution of the Rosenbergs is history. The Cold War is waning, the soldiers who fought in Vietnam have all come home, and Carter is president. The age of protest has come and gone and yet each of the Goldsteins is forced to confront the changes the new decade will bring and explore what it really means to be a radical.

is at once a poignant story of husbands and wives, parents and children, activists and spies, and a masterfully built novel that unfurls with suspense and humor.

Praise For Something Red…

“Gilmore glides smoothly from one perspective to another, giving equal and anxious weight to each…Gilmore has pulled off a remarkable feat: not of fusing the personal and the political but of showing why they’re so difficult to reconcile.” —Susann Cokal, New York Times Book Review

“Rendering the Goldsteins with appealing vividness, Gilmore seems mostly interested in their inner lives. She digs deep into their histories—both personal and familial—to get at the root of their beliefs and to hint at their spiraling disenchantment.” —LA Times

“In this wonderfully funny and compelling story of a splintering suburban family, Gilmore has written an intimate social history of three generations of American Jews.” –Washington Post