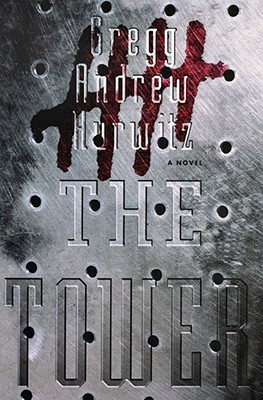 In the bestselling tradition of The Silence of the Lambs comes The Tower, a novel of nail-biting suspense and heart-stopping terror played out in a psychological battle of wit, cunning, and pure evil between a diabolically clever killer and his determined hunter.

Allander Atlasia is an infamous psychopath whose heinous crimes have earned him a lifetime stay at the Tower (nicknamed Alcatraz II), the world's most extreme maximum-security prison. But after a briliant and brutal escape, the criminal mastermind begins a killing spree that is intensely personal—one by one, victims fall prey to a twisted and chilling re-enactment of his own depraved past.

Jade Marlow is an ex-FBI profiler and tracker whose fearlessness is only surpassed by the severity of his own inner demons. With a record of irrational behavior and a genius for putting himself into the mind of a criminal predator, he may be the one man diabolical enough to catch Atlasia. In an excalating contest of wills and wits, two equally defiant men race toward a showdown where daring is deadly and failure is fatal.

Gregg Andrew Hurwitz is a graduate of Harvard and the recipient of a master's degree from Oxford University. This is his first novel. He lives in Los Angeles, California.
Loading...
or support indie stores by buying on