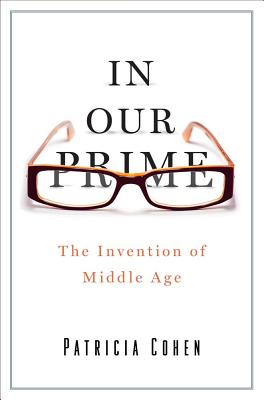 The Invention of Middle Age

From the New York Times reporter whose beat is culture and ideas comes a fascinating, revelatory, and timely social history of the concept of middle age. For the first time ever, the middle-aged make up the biggest, richest, and most influential segment of the country, yet the history of middle age has remained largely untold. This important and immensely readable book finally fills the gap. In Our Prime is a biography of the idea of middle age from its invention in the late nineteenth century to its current place at the center of American society, where it shapes the way we view our families, our professional obligations, and our inner lives. Patricia Cohen ranges over the entire landscape of midlife, exploring how its biological, psychological, and social definitions have shifted from one generation to the next. Middle age has been a symbol both of decline and of power and wealth. Explaining why, Cohen takes readers from early-twentieth-century factories that refused to hire middle-aged men to twenty-first-century high-tech laboratories where researchers are currently conducting cutting-edge experiments on the middle-aged brain and body.

Praise For In Our Prime: The Invention of Middle Age…

“A cool, well-documented account that puts the concept of middle age into historical context.”—Kirkus Reviews

Patricia Cohen has been a New York Times reporter for thirteen years. She has also worked at The Washington Post, New York Newsday, and Rolling Stone. She has a BA from Cornell University and a graduate degree from the Woodrow Wilson School at Princeton University.
Loading...
or
Not Currently Available for Direct Purchase